Inmarsat to provide Arctic VSAT coverage for the first time

Inmarsat has announced plans to introduce broadband services over the Arctic for the first time in its history, following an agreement to develop new Global Xpress payloads for two highly elliptical orbit (HEO) satellites being developed by Space Norway.

The Arctic region satellites, to be built by Northrop Grumman Innovation Systems, will be operated by Space Norway’s Arctic Satellite Broadband Mission (ABSM) team. Inmarsat notes that it is the only commercial partner to be included in the project.

The new GX Arctic payloads (GX10A & 10B) will be placed into HEO orbits, offering continuous coverage above 65-degrees North and providing the ability to direct capacity in real-time to areas of high demand.

The announcement comes less than a month after Inmarsat confirmed that it had agreed a deal with Airbus Defence & Space to construct three new GX satellites (GX7, 8 & 9) to add to its existing fleet, with the first satellite in that series scheduled to launch in early 2023.

This Arctic move is a significant departure for Inmarsat, marking the first time in the company’s 40-year history that it will offer connectivity from satellites that are not operating in a geostationary (GEO) orbit. The company’s GEO satellite constellations cover almost the entire globe, but do leave gaps in polar areas by the very nature of their design.

The addition of the HEO payloads, on satellites flying directly over the Arctic rather than orbiting above a fixed point on Earth like their GEO counterparts, will provide additional coverage for the network and allow Fleet Xpress customers to stay connected in the increasingly busy waterways of the far North.

The additional payloads, scheduled to launch in 2022, will be fully compatible with current and future Fleet Xpress terminals, Inmarsat says.

“I would like to thank Space Norway for providing this opportunity to deliver dedicated GX capacity in the Arctic region,” said Ronald Spithout, President, Inmarsat Maritime.

“Norway has been a strong, strategic partner for Inmarsat over many years. It is the home to one of our most advanced research and development centres, located at the Norwegian Maritime Competence Center (NMCC) based in Ålesund, which is part of the Norwegian University of Science and Technology campus. (This) announcement with Space Norway is a further example of the strength of this relationship.”

“Connectivity in the Arctic region for the maritime industry is growing in importance as merchant, fishing and cruise ships transit new high-value waterways. With close to 7,000 vessels already using Fleet Xpress, we will always seek to be ahead of where our customers are going and what they demand from us. This enhancement is fully backward compatible with our existing Fleet Xpress service and will strengthen coverage over the Arctic to provide the connectivity needed by our customers now and into the future.” 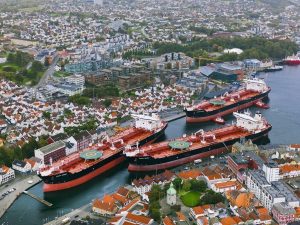 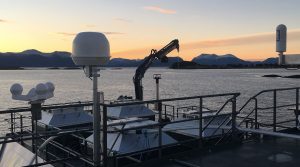 TT-Line to roll out radio-based internet to ferry fleet 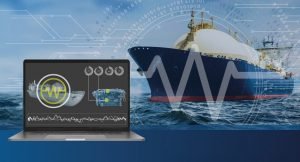 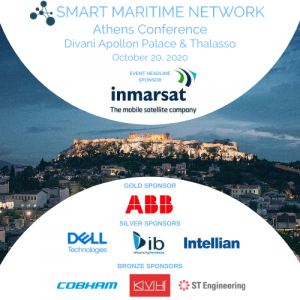