Satellite operator OneWeb has announced that it has filed for Chapter 11 bankruptcy in the United States, less than a week after successfully completing its latest satellite launch and growing its in-orbit constellation to 74 satellites.

The company had been attempting to secure new funding since the start of the year that would have allowed it to continue to fund its operations through to deployment and commercial launch. OneWeb says that these efforts were ultimately unsuccessful, having been negatively impacted by market turbulence related to COVID-19.

The satellite operator had already raised a reported $3.4 billion from investors since it was founded in 2012, including majority backer Softbank, Qualcomm, Bharti Enterprises and Virgin Group.

OneWeb was also the subject of a proposed merger with another of its shareholders, Intelsat, in 2017, with backing from Softbank. That deal ultimately failed to come to fruition after the requisite support from Intelsat bondholders could not be secured.

“OneWeb has been building a truly global communications network to provide high-speed low latency broadband everywhere. Our current situation is a consequence of the economic impact of the COVID-19 crisis. We remain convinced of the social and economic value of our mission to connect everyone everywhere,” said Adrian Steckel, Chief Executive Officer of OneWeb, in a statement announcing the Chapter 11 filing.

“Today is a difficult day for us at OneWeb. So many people have dedicated so much energy, effort, and passion to this company and our mission. Our hope is that this process will allow us to carve a path forward that leads to the completion of our mission, building on the years of effort and the billions of invested capital.”

“It is with a very heavy heart that we have been forced to reduce our workforce and enter the Chapter 11 process while the company’s remaining employees are focused on responsibly managing our nascent constellation and working with the court and investors.”

OneWeb says that it intends to use the bankruptcy proceedings as a platform to pursue a sale of the business. In addition to its in-orbit satellites it has already begun development on a range of user terminals for a variety of customer markets, including maritime, and has half of its 44 ground stations completed or in development.

Testing on the current operational satellites has demonstrated broadband speeds in excess of 400 Mbps, with latency of 32 ms. 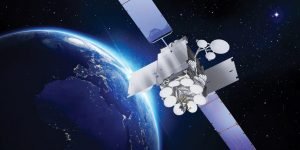