Satellite communications company Speedcast has announced that it has initiated bankruptcy proceedings in the United States, after planned attempts to raise equity and recapitalise the business were deemed “impossible” in the current financial climate.

A significant portion of the company’s customer base operates in the cruise sector and in the oil and gas market, industries that have been severely impacted by turmoil in global oil prices as well as the collapse of tourism caused by the COVID-19 pandemic. As a result, Speedcast says that the chapter 11 process remained as the only realistic avenue to restructure the business.

Speedcast notes that it has received a commitment for up to $90 million in new financing from the holders of its outstanding debt to ensure the company is able to meet its commitments to customers and employees throughout the restructuring process, and says it expects to be able to pay suppliers in the normal course of business for all goods and services delivered going forward.

“The decisive actions we announced today are about strengthening our financial position through the proven legal framework that the chapter 11 process provides – and we are confident we will be well positioned to maximise the full potential of our expanded platform as a result of the actions we’re taking now to align our balance sheet strength with our clear industry leadership,” said Peter Shaper, Speedcast Chief Executive Officer and Executive Director.

“We fully expect that our customers and employees, among other stakeholders, will see no change in their interactions with our company as a result of this filing. In fact, we expect to be a stronger business partner and employer as result of the additional financing our existing lenders have committed, based on their strong belief in our go-forward potential.”

The US chapter 11 process provides a legal framework to allow companies to work with their creditors to develop a ‘Plan of Reorganization’ that specifies how the firm will reduce its debt and gain access to new sources of liquidity. SpeedCast says that it aims to emerge from chapter 11 during the 2020 calendar year, and “ideally hopes to have it completed within six months.”

The bankruptcy filing documents include a list of the company’s 30 largest creditors with unsecured claims, headed by satellite operator Intelsat, which is owed approximately $45 million, and Inmarsat, which is owed approximately $24.8 million. Maritime satellite antenna manufacturers Cobham SATCOM and Intellian also appear in the list as having multi-million dollar unsecured claims.

The Speedcast announcement comes less than a month after nascent satellite operator OneWeb confirmed its own chapter 11 bankruptcy at the end of March, having also been unable to secure new funding to continue with the roll-out of its low Earth orbit constellation in the current market. 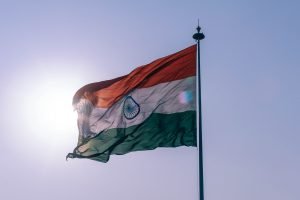 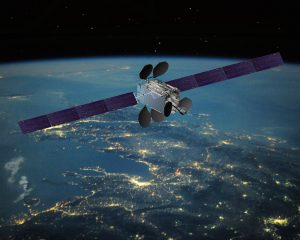