Satellite operator OneWeb has entered into an agreement to sell the business to a consortium led by the UK government, following a US$1 billion offer which the company says should allow it to successfully emerge from the Chapter 11 bankruptcy process it initiated in March.

Under the terms of the deal, the UK will provide $500 million in funding, which will be matched by consortium partner Bharti Global Limited, a part of Bharti Airtel. Bharti Airtel is the third largest mobile operator in the world, with approximately 425 million customers, and also delivers a satellite TV broadcasting service to more than 16 million Indian households.

The acquisition will take place in accordance with the court-supervised sale process required by OneWeb’s Chapter 11 proceedings in the US, and is subject to approval by the US Bankruptcy Court, as well as other regulatory approvals and customary closing conditions.

Should those approvals be granted, OneWeb says that it expects the transaction to close by the fourth quarter of 2020. In the meantime, the purchasing consortium will work with its management team to further develop the strategy and business plan and to resume the OneWeb launch schedule. The company has successfully launched 74 satellites to date.

“We are delighted to have concluded the sale process with such a positive outcome that will benefit not only OneWeb’s existing creditors, but also our employees, vendors, commercial partners, and supporters worldwide who believe in the mission and in the promise of global connectivity,” said Adrian Steckel, CEO of OneWeb.

“The combination of (the UK government) and Bharti will bring immediate value as we develop as a global leader in low latency connectivity. This successful outcome for OneWeb underscores the confidence in our business, technology, and the work of our entire team.”

“With differentiated and flexible technology, unique spectrum assets and a compelling market opportunity ahead of us, we are eager to conclude the process and get back to launching our satellites as soon as possible.”

The UK government has recently been examining the potential future of the country’s space industry, announcing plans for a National Space Council in the summer of 2019. Focus on the sector has heightened in light of the country’s exit from the European Union, which has caused issues like the loss of access to specialised satellite positioning services from the EU’s Galileo system.

It is widely believed that this new investment may involve an attempt to adapt OneWeb’s satellites to provide replacement services for some of those that have been lost. However, the wisdom of such a move has been questioned by space industry experts, with OneWeb’s existing satellite design intended purely for communication and not ideally suited to Positioning, Navigation and Timing (PNT) applications.

OneWeb is still in the very earliest stages of the construction and roll-out of its satellite network so there is still room for plans to be changed, with the full first phase constellation expected to comprise of 648 satellites in total. However, some have questioned the wisdom of investing $500 million in a satellite network that’s designed for different purposes to those required, if positioning is in fact the goal.

Nevertheless, the deal is positive news for OneWeb, and should allow the company to resume operations swiftly and get staff back to work after a troubling first half of the year. 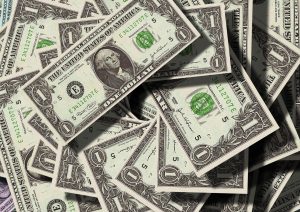 $40m in new funding for Spire 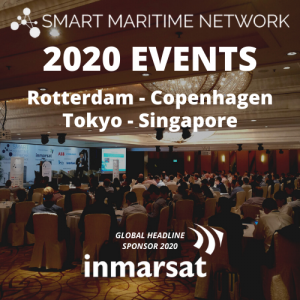