The carnage in the satellite industry in the first half of 2020 continues, as Intelsat became the latest company in the satcom space to announce that it has filed for bankruptcy.

The company, one of the main providers of satellite capacity for maritime VSAT services globally, says that it is proceeding with the Chapter 11 process in the US as part of a restructuring process that it hopes will “result in a substantial reduction of Intelsat’s legacy debt burden” and allow the firm to re-emerge as a stronger business in the future.

One of the primary catalysts for the move is Intelsat’s desire to participate in a lucrative process of clearing of C-band spectrum, under a US FCC (Federal Communications Commission) order to facilitate the roll-out of new 5G networks in the United States.

To be able to meet FCC deadlines and ultimately be eligible to receive $4.87 billion of payments, Intelsat says that it needs to spend more than $1 billion on clearing activities that must start immediately, before costs begin to be reimbursed.

The company confirmed that it has secured a commitment for $1 billion of new debtor-in-possession financing to assist in this process as the bankruptcy proceedings get underway. Intelsat says that it expects day-to-day operations, engagement with customers and partners, and capital investments to continue as usual, and that it has not planned any changes to the company’s operations or workforce.

“For more than 50 years, we have been respected for quality, innovation, sector leadership, and premium services. Our success has come despite being burdened in recent years by substantial legacy debt. Now is the time to change that,” said Stephen Spengler, Chief Executive Officer of Intelsat.

“We intend to move forward with the accelerated clearing of C-band spectrum in the United States and to achieve a comprehensive solution that would result in a stronger balance sheet. This will position us to invest and pursue our strategic growth objectives, build on our strengths, and serve the mission-critical needs of our customers with additional resources and wind in our sails.”

“At the end of this process, we will be on stronger financial footing for the future, further enhancing our industry-leading portfolio of space-based communications services and paving the way for our continued innovation and investments to benefit our customers.”

The announcement from Intelsat has followed quickly after similar news from satellite operator OneWeb, which announced its bankruptcy filing in late March, and satellite service provider Speedcast, which followed suit just a week later. 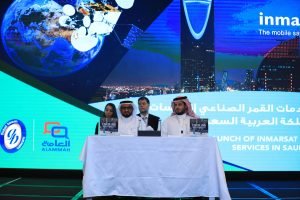 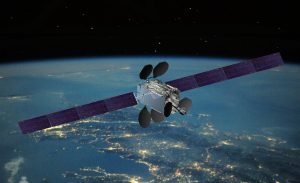